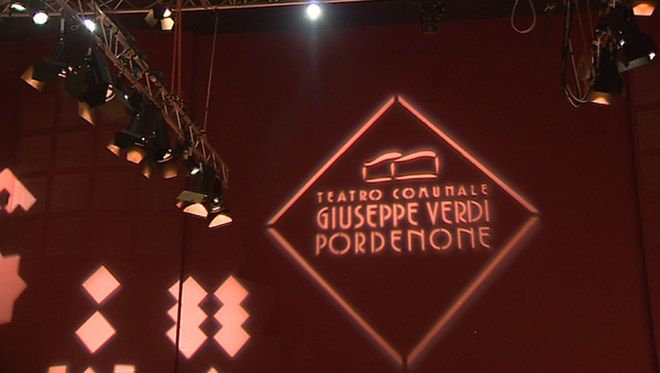 Valcucine and the Teatro Giuseppe Verdi in Pordenone

Valcucine has started an important partnership with the Teatro Comunale Giuseppe Verdi in Pordenone who hs decide to share the space of the theater in an useful and innovative way, combining perfectly culture and design.

And so, during the show, that is going on in the theater, based on the book by Federico Grappling "All you need is love, economics explained by the Beatles" Valcucine has chosen to present to the public the renovation of the first floor of the building, where it is housed in a unique space, a real window on the city that features the innovative Kitchen's system Meccanica by demode engineered by Valcucine and designed by Gabriele Centazzo.

Meccanica is a project that goes beyond the commonly accepted principles of reflecting on the environmental impact and the need to adjust the cutting of forests and the use of synthetic substances and chemicals harmful to humans and the environment, thus is a very significant challenge that Valcucine has always considered extremely important to explain to the public.

It is with this awareness that, thanks to a new partnership with the Teatro Comunale Giuseppe Verdi, will begin the next joint activities, during which the brand Valcucine become an active part in the cultural and social promotion in what is also the territory of 'origin.