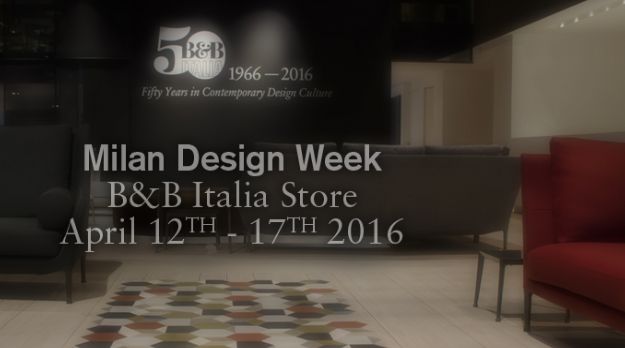 During Milan Design Week B&B Italia has presented to the public a series of new proposals for the living area, which was the focus of exhibition.

Functional, innovative and sophisticated, designed to create a unique and inimitable domestic context, the new "born" in the collection B & B Italia, ranging from chairs to tables also passing for some furnishings such as containers and cabinets.

Among these are in particular the new Big Papilio 50 changing the "skin" to the iconic Papilio, unmistakable armchair designed by Naoto Fukasava in 2009, multi award-winning and now consecrated between pieces of cult of contemporary design. The new Big Papilio 50 was created to celebrate the 50th anniversary of the company.

Of the original model remain its unique sculptural line characterized by its enveloping back which seems to open like the wings of a butterfly, from which the armchair takes its name, but changes in quality, developing in fifty numbered copies with a new finish in natural sheepskin.

The result are fifty shades of white, as many as those of the original skin, that were created for soften the silhouette and a harmonious encounter with the classics of Scandinavian design.

The new sofa Metropolitan 14 is the heir of the namesake armchair founded in 2014 and designed by Jeffrey Bernett. It's a comfortable and modern sofa characterized, as the armchair, by continuous line that connects seat and armrest.

These are just some of the many innovations presented by B&B Italia for Design Week, which took advantage of the anniversary to give the audience some really unique and definitely winning pieces.