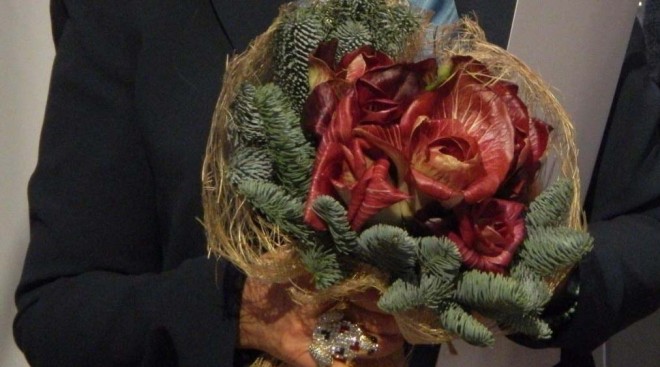 Valcucine is a partner of Identità Golose Milano, the first international hub on gastronomy that periodically hosts important personalities from the world of cooking and the food scene. Born with the edition of Expo 2015, Identità Golose has quickly become a point of reference, as well as for good food, also for events that investigate the world of food and agriculture to be safeguarded, with interesting meetings about it.

The last event was "Rosa di Gorizia, biodiversity to be safeguarded", a meeting to tell the public how important it is to preserve the exceptional biodiversity characteristics of a product unique in the world, the Rosa di Gorizia, which was also the protagonist of a fascinating showcooking by chef Diego Bongiovanni. The Rosa di Gorizia is a local variety of radicchio typical of the Gorizia area in Friuli - Venezia Giulia and in neighboring Slovenia.

It is said that this unique species of vegetables had, in the past, a great importance for the economy of the Friulian city which, being mainly based on agriculture, relied heavily on the production of this particular radicchio, resistant even to the most severe periods of the year. Hence the need