The story of Cavallini 1920 began in 1892 when Giuseppe Cavallini and his brother Aquilino opened an artisan workshop in Varedo. Thirty years later, for the 2nd General Tricolore Exhibition in Milan, they received an important award for the production of quality furniture. In the 1950s, Carlo Cavallini opened the first store in Milan in Via S. Maurilio, and later an exhibition space in Varedo.

In the 1990s, changes, new challenges and new generations brought Cavallini to open a new exhibition space in Milan, in Via Molino delle Armi, and more recently, they have entered the international market through a network of contacts.

This dynamic structure of expert skills and value forms the basis for continuous affirmation of a deep passion for wood and furnishings, and the profound knowledge of the trade. 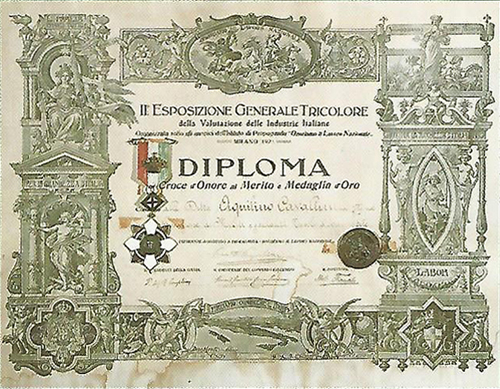