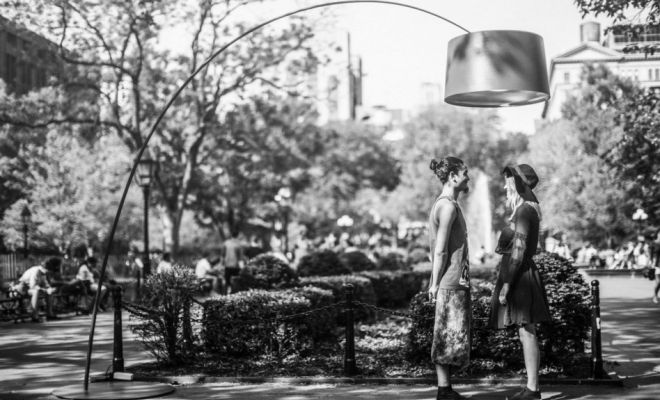 Twice Light is a photographic project itinerant signed by Gianluca Vassallo where Twiggy is the undisputed protagonist of public spaces in a New York City black and white charm very timeless.

Launched at the New York Design Week, this photographic experiment is based on a very original basic idea: to invite, two by two, of strangers to meet under the arch of Twiggy and eye contact.

Next, a series of snapshots that are intended to "fix" the subtle relationship that you can enstabilish between the two, capturing the looks and the most significant gestures.

All the shots at the end of the project, will be published online and will form an album photo really unprecedented, where the imposing stage presence of the iconic lamp Foscarini will be exploited to the full.