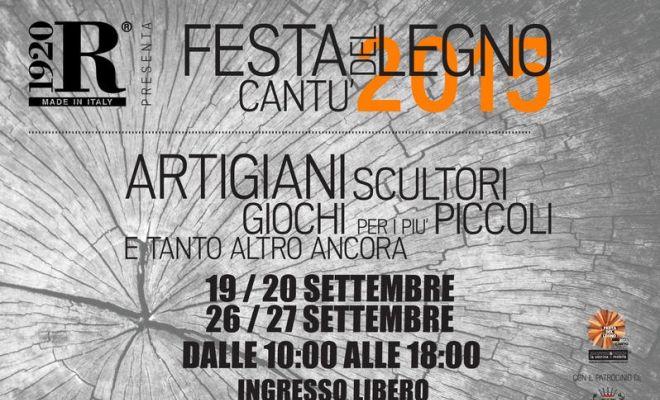 Riva1920 participates at the Wood Festival 2015

On the occasion of the Wood Festival 2015, organized by the City Hall of Cantù from 18 th September to 4th October, Riva 1920 will contribute with different events that take place in its showroom.

The Wood Festival is an integral part of a major project that the City Hall of Cantù has plans to develop for the EXPO 2015 and with the future intent to make it a periodic event.

Main objective is to consolidate the idea of the ​​belonging territorial exposing the personal know-how in several areas including especially the craft ability that is rooted in local businesses.

If one consider the secular experience in woodworking and in the production of sophisticated furnishings of high quality, Riva1920 couldn't miss the event.

Will open the doors to its showroom the days of 19th 20thg and 26 th 27 th September and will organize three theme nights.