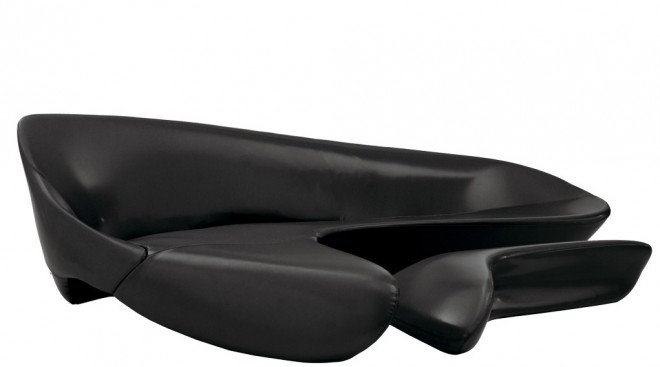 B&B Italia was named by the MAXXI - National Museum of the Arts of the 21st Century - to pay homage to designer Zaha Hadid, one of the most well-known and influential representatives of contemporary architecture, unfortunately disappeared last year.

The brand was named to contribute to the exhibition "The Zaha Hadid of Italy" in which the Iranian architect is celebrated with an exclusive retrospective on his most iconic and significant Italian projects.

Presented by numerous works: from his "pictorial" and conceptual sketches to three-dimensional cardboard models, from virtual representations to the latest research on new scientific fields, to the most famous designs of his so-called "architectural paintings".

And it is from this tendency to experience that in 2007, Moon System was born, a designer-designed sofa-sculpture for the brand that immediately represented a "design statement".

The name of the same project is a clear reference to the unusual shapes and the concept of product-system, and essentially evokes massive futuristic sculptures that are typical of Zaha Hadid's architectural shapes.

What is to be questioned more radically, in its most traditional sense, is the sitting, which is constructed on a fluid, curved, very dynamic shape, a monoblock containing, as "sculpted" in a single subject: backrest, sitting and armrest. In addition, the sofa is characterized by the presence of a particular synthetic coated lining that enhances its lunar image.

If you are interested in Moon System or other B & B Italia design projects that have made design history, please come and visit us at our Cavallini1920 showroom in Varedo. We are waiting for you!