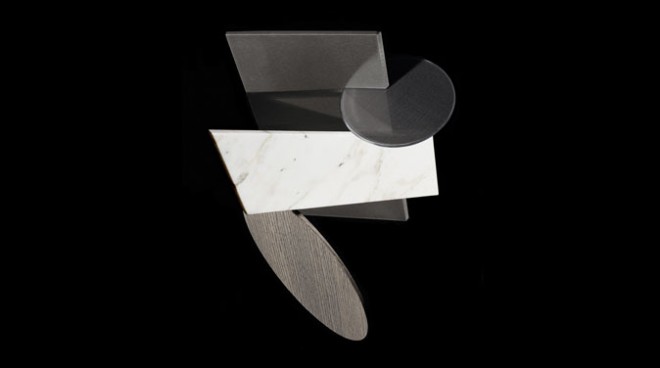 Each year the Rimadesio brand entrusts to a different photographer the interpretation of its exclusive surfaces that belong to the collection and publishes those shots inside the volume Stories and Matters.

After Santi Caleca, who photographed the surfaces of the 2016 collection, this year he was interviewed for work by young Swiss photographer and graphic designer Nicolas Polli.

The feature of his art starts with the very concept of the irrationality of the photographic act: for this reason his photos are realized by assembling multiple shots and choosing particular and very courageous perspectives.

The result is a sort of "prospective negation" of photographed objects, which, so immortalized, seem to float without reference points in an indefinite and dense black space.

Absolute protagonists of every photo, light games that accentuate the dynamism of the shapes, enhancing the finishing of every precise element.