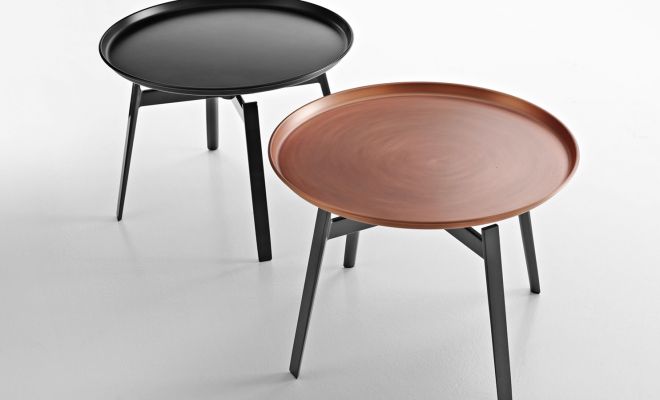 Presented for the first time during the international trade fair IMM Cologne 2014 just ended, the Husk coffee table, designed by Patricia Urquiola for B&B Italia in conjunction with the eponymous bed, is an elegant and not invasive small table.

Based on a circular metal tray that lean on four thin legs, Husk enters into the bedroom almost "tip-toe" with discreet aesthetics but can at the same time, enrich the night space.

Painted in white or black, the upper part has a particular copper finishing as a tribute to an old material that was once associated with classical aesthetics and today is revisited by Patricia Urquiola with a new modern sensibility.

To complete the excellence of this coffe table, the use of high quality raw materials has always been a mainstay in B&B Italia production.